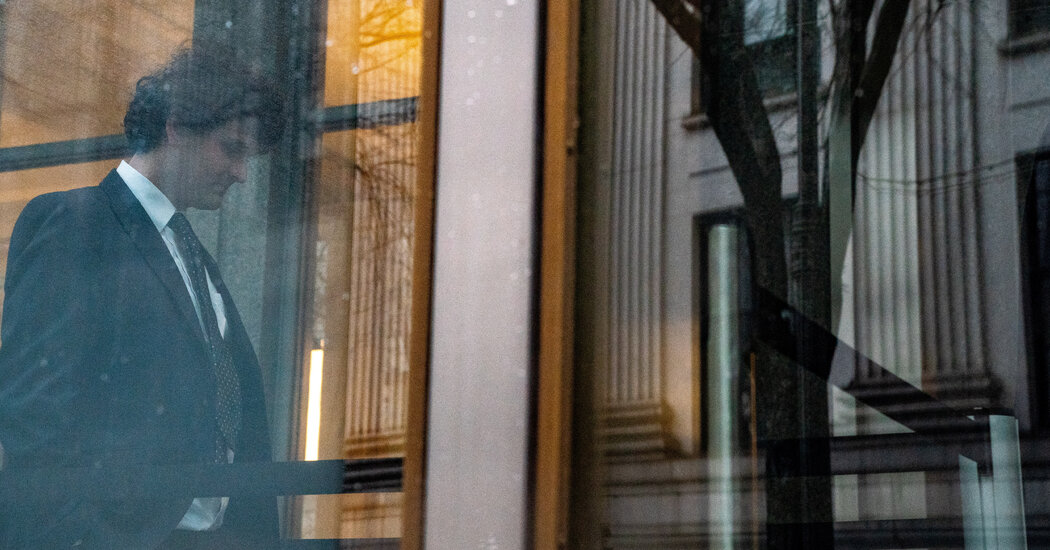 The fledgling company, launched in March and operating out of the Bahamian compound where Mr. Bankman-Fried lives, has no track record or public profile. One of the founders, Duncan Rheingans-Yoo, is only two years out of college. His business partner, Xiaoyun Zhang, also known as Lily, is a former Wall Street trader who was previously romantically involved with Bankman-Fried, according to four people familiar with the matter.

Now, Modulo is becoming an important part of federal prosecutors’ investigation of Mr. Bankman-Fried and his once-massive cryptocurrency exchange. As his existing hedge fund, Alameda Research, struggles in the broader crypto downturn, they are investigating whether he invested in the little-known firm using FTX client money. The $400 million payout is one of Mr. Bankman-Fried’s largest single investments.

Meanwhile, lawyers for FTX’s new leadership are eyeing Modulo’s assets as they scramble to recover billions of dollars lost by customers, lenders and investors when the exchange collapsed.

It’s unclear how much or where is left of FTX’s $400 million investment. But authorities had known about the trading company for months; the day after Mr Bankman-Fried was arrested in the Bahamas in mid-December, he was denied bail at a court hearing where local prosecutors argued he had flight risk and suggested that he might be able to access Modulo’s funds.

Before founding Modulo, Ms. Zhang and Mr. Rheingans-Yoo worked at the Wall Street firm Jane Street, where Mr. Bankman-Fried, 30, started his career and met people in their 20s and 30s, They later helped him build his cryptocurrency empire.

How much money Modulo had in addition to Mr. Bankman-Fried’s investment is unclear. But it started trading cryptocurrencies before FTX failed and has largely shut down, according to a person familiar with its operations.

Mr Bankman-Fried’s decision to give so much money to a start-up trading firm while Alameda was losing money raised suspicions among investigators.

During the bail hearing in Nassau, local prosecutors cited an affidavit prepared by another Bahamian law enforcement official that had been sealed in a Bahamian court. Manhattan federal prosecutors investigating Mr. Bankman-Fried believe the Modulo investment was made using the proceeds of crime — misappropriating funds deposited by FTX clients on the exchange, a person familiar with the investigation said.

Neither of Modulo’s founders has been accused of wrongdoing, but they recently hired criminal defense attorney Aitan Goelman, a former director of enforcement at the Commodity Futures Trading Commission. Mr Gorman said he had no comment.

A representative for FTX, Mr. Bankman-Fried, and the U.S. Attorney for the Southern District of New York in Manhattan declined to comment.

The flow of funds to Modulo has also drawn the attention of attorneys representing FTX in Delaware’s corporate bankruptcy proceedings. In a slide presentation to the exchange’s creditors in court last Tuesday, FTX’s lawyers flagged the deal with Modulo as one of the main goals for recovering funds.

Modulo received funding in installments during the third and fourth quarters of last year, the presentation said. According to Bahamas prosecutors, about $300 million of that was transferred shortly before the FTX crash.

Payments occur during times when transfers of funds may be challenged and potentially recovered in bankruptcy proceedings.Recovery actions are a powerful tool for recovering assets in bankruptcy and played a vital role in helping victims of the Bernard Madoff Ponzi scheme compensate Most of the $19 billion invested in a decades-long fraud.

“Focus on large, problematic transactions by funds, companies or individuals with close ties to the debtor before filing for bankruptcy is essentially a low-hanging fruit in bankruptcy cases,” said the university’s professor of corporate law and bankruptcy Lindsey Simon said. University of Georgia School of Law.

Last week, lawyers for FTX said they had uncovered $5.5 billion in cash, securities and digital assets held in customer accounts or stashed elsewhere in the company. But the actual value of many of the cryptocurrencies owned by FTX is difficult to determine, and lawyers say there is still a significant shortfall in the company’s holdings.

On Friday, federal prosecutors revealed they seized more than $600 million in assets belonging to Bankman-Fried, including cash and stocks in bank and brokerage accounts.

Any legal action to recover Modulo’s money could provide a template for a broader effort to recover money Mr. Bankman-Fried has invested in smaller companies. At the height of his wealth and power, he poured some $4.6 billion into more than 300 companies, including an artificial intelligence startup called Anthropic and cryptocurrency firm Yuga Labs.

Even amidst this spending frenzy, the Modulo deal stands out because of the sheer size of the money involved and Mr. Bankman-Fried’s close ties to the company’s founders. Ms. Chang and Mr. Rheingans-Yoo are also Modulo’s sole directors, according to registration documents filed in the Bahamas.

The pair left Jane Street last January, about three months before Modulo was launched, according to brokerage records. (Modulo has no ties to a Brazilian investment firm of the same name.)

Ms. Zhang, a 2012 graduate of Amherst College, worked at Jane Street for a decade, overlapping with Mr. Bankman-Fried, who worked there for about three years after graduating from MIT in 2014. year. Mr. Rheingans-Yoo, a 2020-22 Jane Street trader, joined Jane Street shortly after graduating from Harvard University, where he was captain of the fencing team. Crypto publication CoinDesk previously reported Modulo’s founders used to work on Jane Street, but did not reveal their identities.

The stunning collapse of cryptocurrency exchanges in November shocked the industry.

Before Modulo received the $400 million, the investment was the subject of debate among senior Bankman-Fried advisers, according to two people familiar with the matter.

Bankman-Fried eventually moved forward despite reservations expressed by Alameda’s 28-year-old chief executive, Caroline Ellison, other people familiar with the matter said. Ms. Ellison has since pleaded guilty to fraud charges for her role in the collapse of FTX and is cooperating with prosecutors in the criminal case against Mr. Bankman-Fried.

Complicating the Modulo investment is the romantic relationship among the executives involved in the deal. Ms. Ellison and Mr. Bankman-Fried, who dated in the past, live with eight other roommates in their luxury penthouse in Albany, the beachside resort of New Providence Island in the Bahamas.

Mr. Bankman-Fried also had a brief romance with Ms. Zhang while they were working at the Jane Street firm, a person familiar with the matter said. By the time he invested in Modulo, Mr. Bankman-Fried hadn’t dated any women, the person said.

Last spring, Modulo opened an office in the Albany resort where Mr. Bankman-Fried and Ms. Ellison live. Ms. Zhang and Bankman-Fried are still friends and sometimes travel together on charter flights from the Bahamas to New York, according to two people familiar with the matter.

Mr. Bankman-Fried began pumping money into Modulo just as Alameda was struggling. According to federal prosecutors, regulators and former Alameda employees, a number of cryptocurrency lenders called back their loans to Alameda after the cryptocurrency market crashed in May, prompting the trading firm to withdraw funds from FTX client accounts to make up the shortfall.

Sometime around September, Mr. Bankman-Fried was seriously considering closing Alameda, according to public charging documents and private government records obtained by The New York Times. Government records show Alameda lost $5 billion at the time, more money Mr. Bankman-Fried admitted to colleagues than the company had ever made or could ever make. But he also expressed concern about how FTX would function without the Alameda trade.

The connection between FTX and the founders of Modulo goes beyond the relationship between Mr. Bankman-Fried and Ms. Zhang. Last year, FTX also hired Mr. Rheingans-Yoo’s older brother, Ross Rheingans-Yoo from Jane Street, for a senior position at the FTX Foundation, a charity funded by Mr. Bankman-Fried.

Ross Rheingans-Yoo graduated from Harvard University in 2016 and was involved in the foundation’s pandemic preparedness work, according to a no longer active page on his personal website. There was no indication he had any relationship to Modulo, and he did not respond to a request for comment.

But his philanthropic work is closely aligned with the priorities of Mr. Bankman-Fried’s younger brother, Gabe Bankman-Fried, who runs Guarding Against Pandemics, an advocacy group funded by FTX.According to an archived version of their biography pages, the Rheingans-Yoo brothers are both supporters of effective altruisma philanthropic movement that urges followers to donate a majority of their earnings to charity and uses data-driven analytics to maximize the impact of donations.

Mr. Bankman-Fried also joined the movement. Over the years, he has invoked his commitment to effective altruism while cultivating a global brand, claiming he got into cryptocurrency trading to make billions for worthy causes.