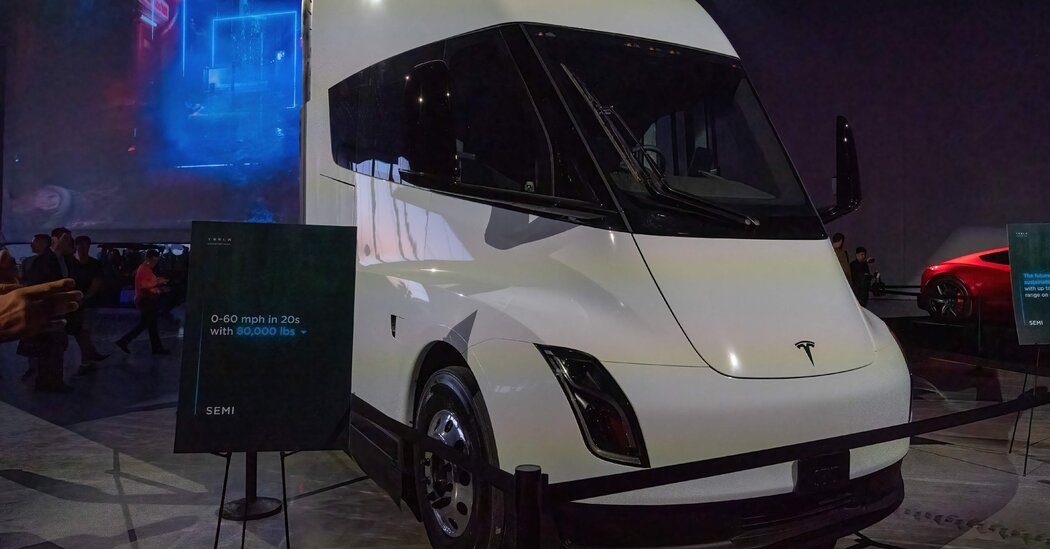 Tesla will build a factory in northern Nevada to make electric semi-trailer trucks, The company said on Tuesdayputting pressure on traditional truck makers such as Daimler and Volvo, which are just starting to sell battery-powered vehicles.

The plant, along with a new battery plant, will add 3,000 workers to the existing Tesla factory east of Reno. Tesla said it would invest $3.6 billion in truck factories and new factories to build the company’s most advanced battery cells.

The construction of the factory shows that Tesla is serious about the semi-truck, which the company launched in 2017 but has produced in limited quantities so far. Last December, Tesla delivered several of those trucks to its first customer, PepsiCo.

Manufacturers such as Daimler Trucks, Volvo and Volkswagen-owned Traton say they are committed to producing vehicles that don’t produce tailpipe emissions, but diesel-powered trucks still dominate the industry.

If the Tesla truck succeeds, it could put the same pressure on established truckmakers that automakers face on Tesla electric vehicles and sport utility vehicles. The success of Tesla vehicles has forced General Motors, Ford, Volkswagen and other automakers to launch their own electric vehicles, upending the industry.

But it’s unclear how many truck buyers will switch to EVs, or how quickly. Fleet owners pay close attention to the cost of ownership of the vehicles they purchase, carefully calculating the price of fuel, maintenance and driver downtime. Tesla’s semis are likely to be more expensive to buy than traditional heavy-duty trucks, and will only be attractive if customers think they can make up the difference with lower fuel and maintenance costs.

Tesla advertises a 500-mile range for its trucks, which may make it best for relatively short routes. There is no well-established charging network for trucks. Until the network is established, the semi is likely to attract mainly customers who drive trucks from warehouses that can charge overnight.

Daimler, which owns Freightliner Trucks, is banking on hydrogen fuel cells as the best way to eliminate emissions from long-haul trucks. Volvo, the world’s second-largest truck maker after Daimler, is pursuing a similar strategy. But neither has started mass production of hydrogen-fueled trucks, which are still much more expensive than diesel.

News of Tesla’s decision to build a truck factory was brought up in a speech by Nevada Governor Joe Lombardo on Monday.