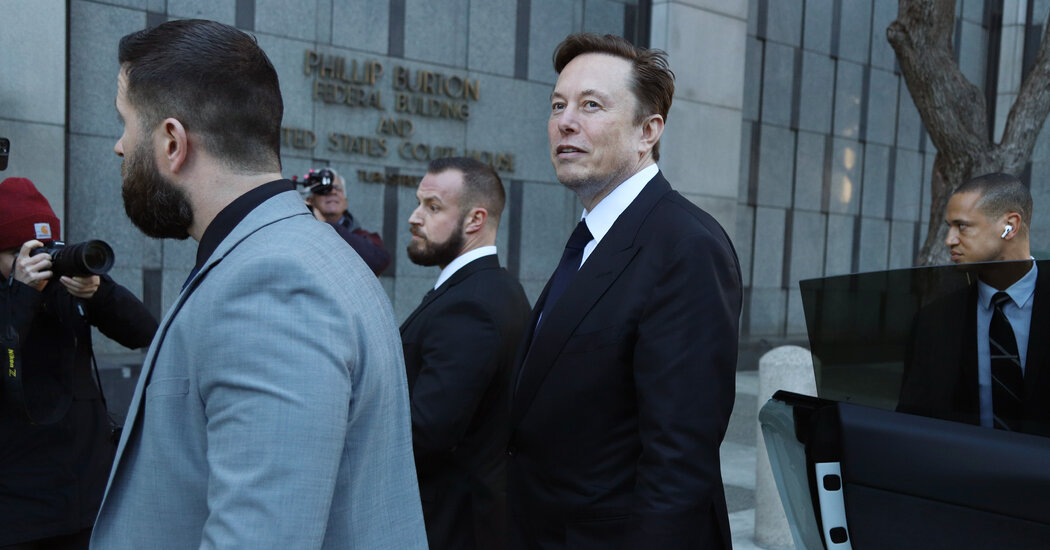 Under direct questioning by a federal judge on Tuesday, Elon Musk could not say exactly how much investors were considering putting into his 2018 proposal to take Tesla out of the stock market.

On August 7, 2018, Musk wrote on Twitter that he had “secured funding” for the deal. But testifying on the final day of his trial in San Francisco, he admitted that the individuals and investment funds with whom he had discussed his plans had not indicated how much they were willing to invest in the deal.

“Not a specific number,” Mr. Musk replied after Judge Edward M. Chen told him he had to answer “yes or no” when asked whether dollar amounts were discussed. Judge Chen raised the issue with Musk at least twice, intervening after Musk did not explicitly answer questions from lawyers suing him and Tesla investor Nicholas Porritt.

When Mr. Polritt asked again if any investors had committed specific amounts, Mr. Musk said he would be willing to include his substantial Tesla stock in the deal. “I mean, of course I have myself.”

Mr. Musk, who testified for seven hours over three days, and his legal team argued that the deal was actually well-funded, while adding that it would be difficult to come to an exact amount until it was clear how much money was needed. shareholders.

Investors who filed the lawsuit say they have suffered billions of dollars in losses after Tesla shares rallied on Mr. Musk’s statement about taking the company private, only to fall when the proposal fell through. Judge Chen has ruled that two of Musk’s Twitter posts were false and that he was reckless in posting them. But investors would have to prove that misrepresentations, not other statements by Mr. Musk or other factors, caused their losses.

Wearing a dark suit, black surgical mask and military boots, Musk entered the courtroom and watched jurors make their way to their seats. He tried to minimize the importance of the plaintiffs, telling Mr. Polritt that “in my opinion, you do not represent” the majority of investors. Judge Chen called the comments “inappropriate” and expunged them from court records.

Mr. Musk also tried to say that most Tesla investors are happy because the company is now worth more than it was in 2018 — another claim that Judge Chen expunged from court records. Two of Mr. Musk’s lawyers raised their hands and shook their heads.

In Monday’s testimony, Musk insisted he did not lie or misrepresent his plans to take Tesla private, as executives from Saudi Arabia’s sovereign wealth fund had expressed interest in the deal, although they did not sign a commitment or discuss it. Document how much they will invest. “Funding secured,” he said, also refers to his stake in SpaceX, the rocket company he runs, because he could have borrowed against it or sold some of it.

On Friday, Musk acknowledged that he provided important information about Tesla on his Twitter account, which must comply with SEC regulations. But he said his social media posts didn’t necessarily lead to volatility in Tesla’s stock price.

In 2018, Mr. Musk and Tesla filed separate lawsuits with the SEC over his plans to take Tesla private. They paid the SEC a fine, and Mr. Musk agreed to step down as Tesla’s chairman and allow lawyers to review some of his statements about Tesla before they were posted on social media.