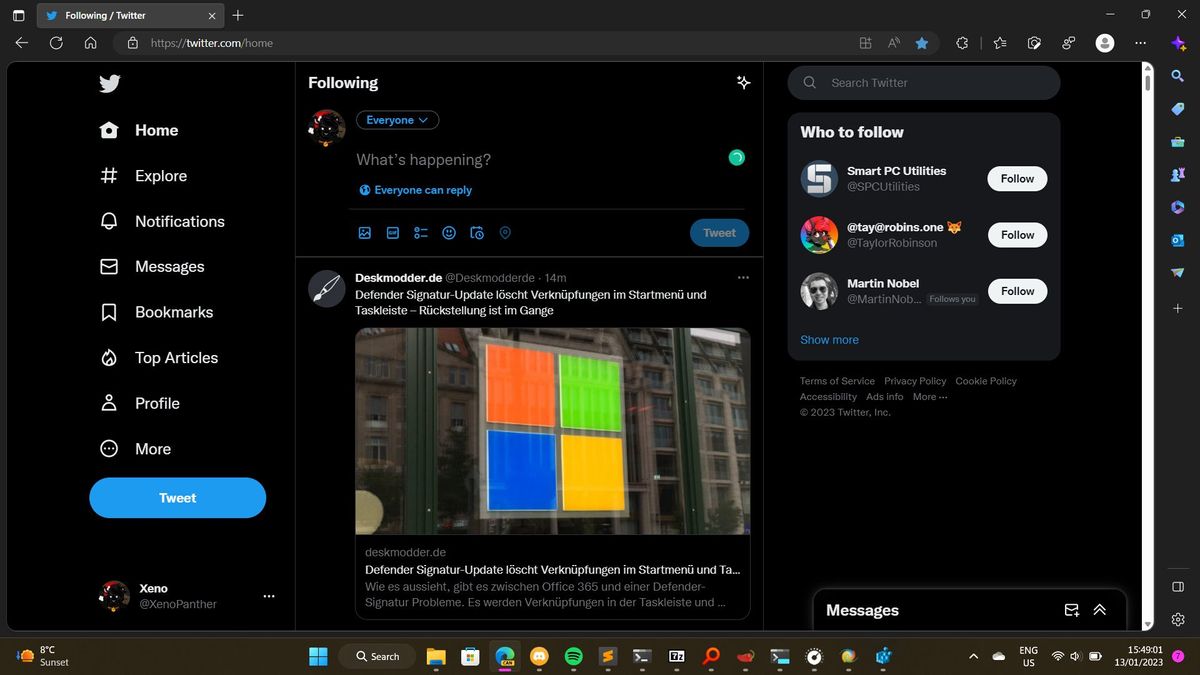 Microsoft’s Edge browser may get bigger rounded corners, and a new potential change has been spotted in (limited) testing.

New article (opens in a new tab) According to the report, XenoPanther highlighted the possible changes on Twitter, with one screenshot showing Edge Canary (the earliest beta version) with rounded corners in the actual area of ​​the browser where webpages are displayed.

I just noticed that the area around the visible website pic.twitter.com/B0U3RCkb7e now has rounded cornersJanuary 13, 2023

Even the sidebar for scrolling down a webpage is rounded at the top and bottom, which is definitely not everyone’s favorite look (we’ll get back to that later).

Note that, as XenoPanther observed, there are other Edge testers — some of whom chimed in on the Twitter thread above — who say they don’t see this change.

So this appears to be a tweak that’s only being rolled out to a small number of testers (so-called A/B testing), and depending on how things go, it may be rolled out to more people (still in testing, mind–measuring more further response from a large user base).

Analysis: Consistency first — but is that too much?

Some people really don’t like the new circular look of the central area in Edge where webpages are displayed. The extra problem here is that the rounding exists not only when the browser is displayed in a window, but also when displayed full screen.

The latter does look weird, and we have to agree, for example, is off-putting when displaying a full-screen video — and also makes you lose a bit of screen real estate to display video clips.

As one user put it to Microsoft on Twitter (the expletive has since been deleted): “Stop making everything rounded!”

We get it, though — by adopting rounded shapes instead of sharp edges as the overall look of Windows 11, Microsoft is just staying consistent. However, this feels like overkill, especially the fullscreen aspect of rounding; this is still in early beta, and no doubt the idea will be refined (or possibly dropped based on feedback).