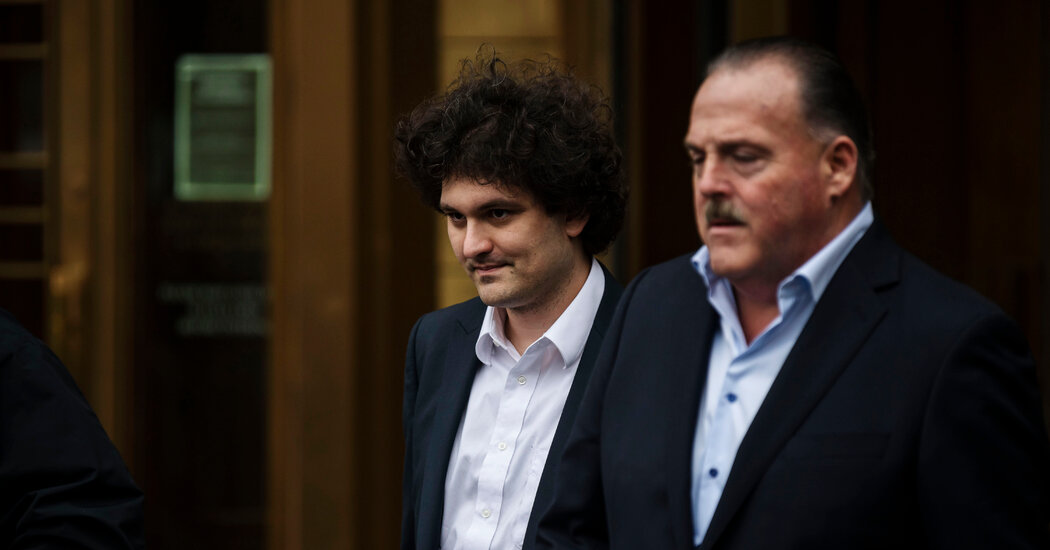 Disgraced cryptocurrency executive Sam Bankman-Fried on Thursday gave his first detailed response to criminal charges filed against him last month, saying data from his collapsed exchange FTX Millions of customers can still get their money back.

“I did not steal money, and I certainly did not stash billions,” he wrote. “Almost all of my holdings were and are used to support FTX clients.”

His statement came a day after lawyers overseeing FTX’s bankruptcy said in court that they had recovered at least $5 billion in funds. Mr. Bankman-Fried cited the announcement to try to support his contention that FTX clients could still be “substantially intact.” It was not immediately clear whether he reviewed his statement with his legal team before releasing it.

FTX filed for bankruptcy in November after a run on customer deposits led to an $8 billion hole in its accounts. Mr. Bankman-Fried, 30, was arrested last month at his home in the Bahamas, where FTX is based, and was swiftly extradited to the United States. Federal prosecutors in Manhattan charged him with fraud, money laundering and campaign finance violations.

What is FTX? FTX is a now bankrupt company that was once one of the largest cryptocurrency exchanges in the world. It enables customers to trade digital currencies for other digital or traditional currencies; it also has a native cryptocurrency called FTT. Based in the Bahamas, the company built its business on high-risk trading options that are not legal in the United States.

The FTX founder was released last month on $250 million bail under strict conditions that required him to remain confined to his parents’ home in Palo Alto, California. He pleaded not guilty to the charges during a brief court appearance in New York last week.

Mr. Bankman-Fried’s statement on Thursday reiterated an earlier claim he made – which US prosecutors, regulators and industry experts have flatly rejected. The post lays out a detailed timeline of Alameda’s finances, which is closely tied to FTX, and argues that the company lost money due to a market crash it was not prepared for.

“No funds were stolen,” he wrote.

But even in outlining Alameda’s financials, Mr. Bankman-Fried asserted that he had not run the company “for the past few years” and did not have access to all of its financial information. Regulators and prosecutors argued that he was in fact intimately involved in the management of Alameda and orchestrated a system that allowed the firm to borrow essentially unlimited amounts of money from FTX’s pool of client deposits.

His statement did not address the guilty pleas of two of his former executives, Caroline Ellison and Gary Wang, who are cooperating with prosecutors. Ms. Ellison, who dated Mr. Bankman-Fried, was the head of Alameda when the company collapsed, and Mr. Wang co-founded FTX with Mr. Bankman-Fried.

On Wednesday, a bankruptcy lawyer for FTX told a federal judge that the exchange had recovered more than $5 billion in cash and crypto assets — a lot more than the company had previously said. The announcement raised hopes that FTX might be able to return some of its funds to its millions of creditors and customers around the world.

Andrew Dietderich, an attorney at the law firm Sullivan & Cromwell, also told the judge overseeing FTX’s bankruptcy in Delaware that the legal team had identified more than 9 million customer accounts at the cryptocurrency exchange.

In an email after the bankruptcy hearing, Mr. Diederich said about $1.7 billion of the $5 billion in new recoveries was in cash.

He said the newly recovered assets did not include about $20 million in cash and $484 million in Robinhood stock, an online trading company, that federal prosecutors seized from another company Mr. Bankman-Fried set up in Antigua. . He also said that FTX’s new management believes the Robinhood stake and forfeited cash should ultimately be distributed to FTX’s creditors.

In Thursday’s statement, Mr. Bankman-Fried said he had previously offered to “donate nearly all of my personal shares in Robinhood to clients” if FTX agreed to help him with legal costs. He recently filed a motion in bankruptcy court, arguing that the shares were his personal property and that he needed to sell some of them to pay attorneys.

After the FTX debacle, Mr. Bankman-Fried gave a series of interviews about the implosion.But since he was released on bail last month, he has been relatively quiet, save for few tweets, so far.He has hosted some visitors at his parents’ home, including author Michael Lewis, who is writing a book about him; Encrypted YouTube Personality tiffany party; with one reporter For the online publication Puck.

In the post, Mr. Bankman-Fried said he wanted to respond earlier in detail to the allegations against him, starting with his scheduled testimony to the House Financial Services Committee on Dec. 13.

“Unfortunately, the DOJ started arresting me the night before, preempting my testimony with a completely different news cycle,” he wrote, referring to the DOJ.