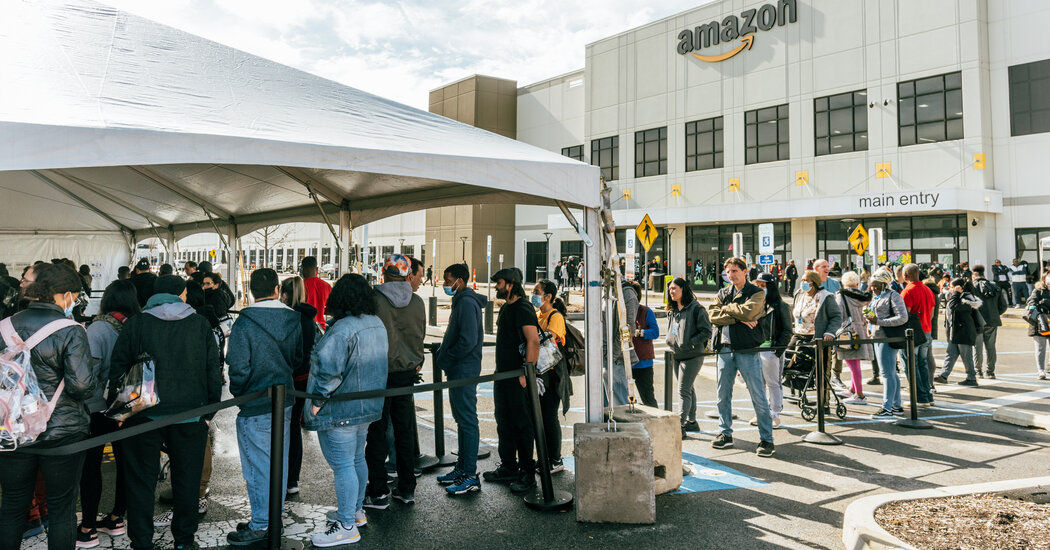 A federal labor official on Wednesday rejected an Amazon attempt to overturn a union victory at a Staten Island warehouse, removing a major hurdle in contract negotiations between the union and the company.

The official, who is the regional director of the National Labor Relations Board, found that there was a lack of evidence to support Amazon’s claims of election misconduct and that its objections to the election should be overruled.

The decision was widely expected after a labor board hearing officer recommended in September that the company’s objections be set aside. Amazon said at the time that it might appeal the adverse decision, but did not immediately indicate Wednesday whether it intended to do so. The labor board in Washington will consider the appeal.

Amazon CEO Andy Jassy said in an interview at the New York Times DealBook conference in late November that the company would not give up on the challenge, saying the fight was “far from over.”

“It’s very likely that this will end up in federal court,” Mr Jassy said.

In its dissent, Amazon argued that the election was unfair, both because of the actions of the labor board and because of the union’s pressure on workers to support its actions.

The NLRB district director found that the evidence presented by Amazon did not show that the board or union acted improperly or that their actions changed the outcome of the election.

For example, Amazon accused the labor board of failing to control the presence of members of the news media near voting areas. But the district director found that “the media assembled peacefully and did not harass voters” and that board officials “have no duty to instruct the media not to speak with constituents or leave employer property.”

Warehouse workers, known as JFK8, voted to join the independent Amazon union in an election that was announced in April. More than 8,000 employees were eligible, and the union won by about 10 percentage points.

Weeks later, the union lost a vote representing workers at the smaller Amazon warehouse LDJ5 on Staten Island, and again in October at a warehouse near Albany, New York.

The case that led to the federal judge’s ban dates back to the early days of the pandemic, when an Amazon employee protested security conditions outside JFK Airport 8 and was later fired.

The judge’s ruling essentially put Amazon on notice that it can’t fire workers for protected activities like protesting safety conditions or organizing unions. Amazon officials repeatedly read the judge’s order to workers at JFK8 during the first week of December.