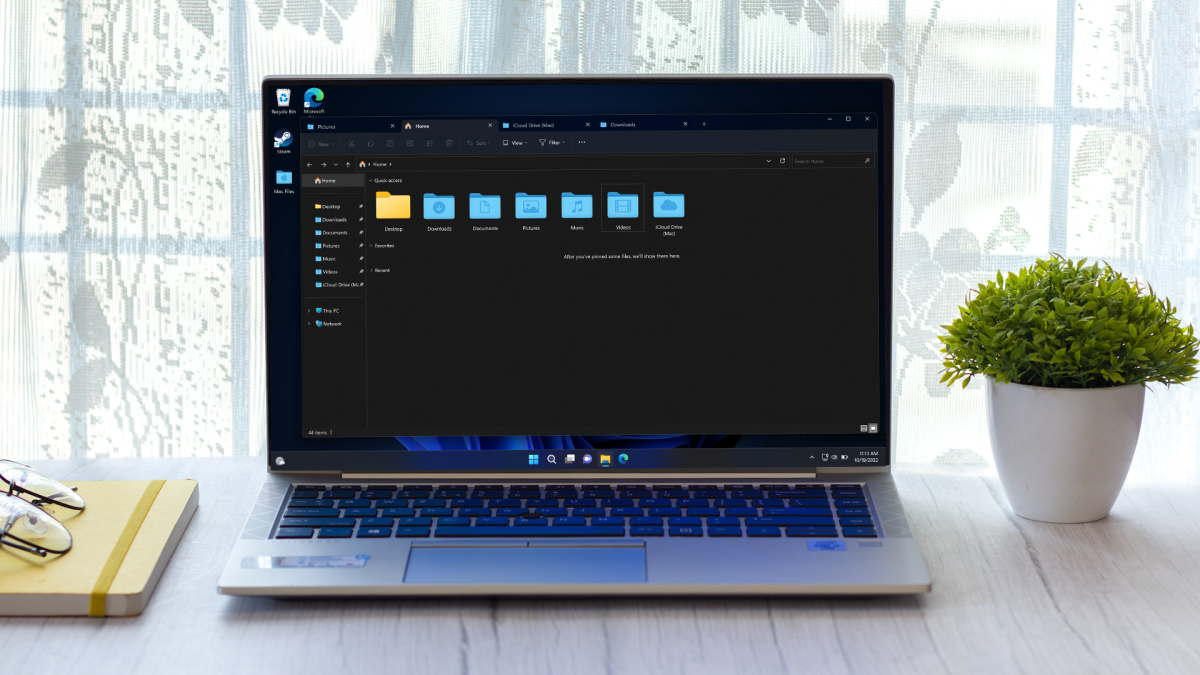 A new leak suggests that Windows 11 will make major changes to the look of File Explorer, the core element of the operating system, the specifics of how you work with folders and files, through a huge overhaul. So, will this help more people rush to upgrade (or adopt) Windows 11? We’ll come back to this shortly, but first, let’s look at overflow itself.

Developer and leaker FireCube on Twitter posted details of an alleged File Explorer redesign, complete with illustrative screenshots (courtesy of Windows Central (opens in a new tab)). Note that these grabs are just mock-ups of what the UI looks like based on code-behind found in recent Windows 11 preview builds, so they’re full of placeholders (often very crude).

We’re told that File Explorer will have a home page and details pane, which will contain a ton of extra information, such as Insights, Suggestions, Activity, Properties, Related Files, Conversations, and “Shared State”.

So, for example, the latter will let you know if the document has been shared, and if other users have edited it recently (as indicated by the provided grab).

As Windows Central further noted, the overall design of File Explorer will also be modernized (to match the already modern-designed header). Additionally, sources at our sister site say the revamped File Explorer is designed to be more touchscreen-friendly, utilizing a larger click box (the area where a tap or touch registers) and a simpler, cleaner user interface.

Of course, this could just be exploratory work to see potential redesign elements that have never been seen before. Just because code hangs around in the background of a preview build doesn’t mean it’ll never come to anything. First, we’ll have to actually see the redesign pop up in preview, and even then, it’s likely to be significantly changed or tweaked based on feedback.

In short, let’s not take it too far, but it makes sense that Microsoft needs to bring File Explorer into line with the modern Windows 11 look, especially now that the headers have changed, so now we’re left with a modern and A mix of traditional designs – not a very desirable situation. (Not uncommon in Windows 11, of course).

Part of Microsoft’s goal seems to be to provide a closer connection between Windows 11 and Microsoft 365, and the example of shared file status — and updates when other users edit them — underscores that.

There are likely to be many benefits to this new design, most notably the overall consistency and integration with the rest of Windows 11 in terms of a modern look and productivity. This puts more information at their fingertips, which people might appreciate.

However, this obvious direction comes with equally obvious dangers. Most notably, the dangers of all the whistles and bells mentioned above push File Explorer toward becoming a source of information overload. The bloated panel is certainly not what we need, but would like to have the option to turn off the feature (this is true for website suggestions in the start menu, which are being tested but eventually scrapped, to pick a recent example ).

Microsoft clearly needs to do something to help people adopt Windows 11, and as long as the company is careful enough to inflate in this regard, there’s no reason why a brand new File Explorer can’t deliver useful benefits and encourage positives in this regard.

What is certain is that if the plan outlined goes ahead – or something like it – we will see results this year. File Explorer has benefited from some big changes, including the introduction of tabs (which work like browser tabs) late last year.