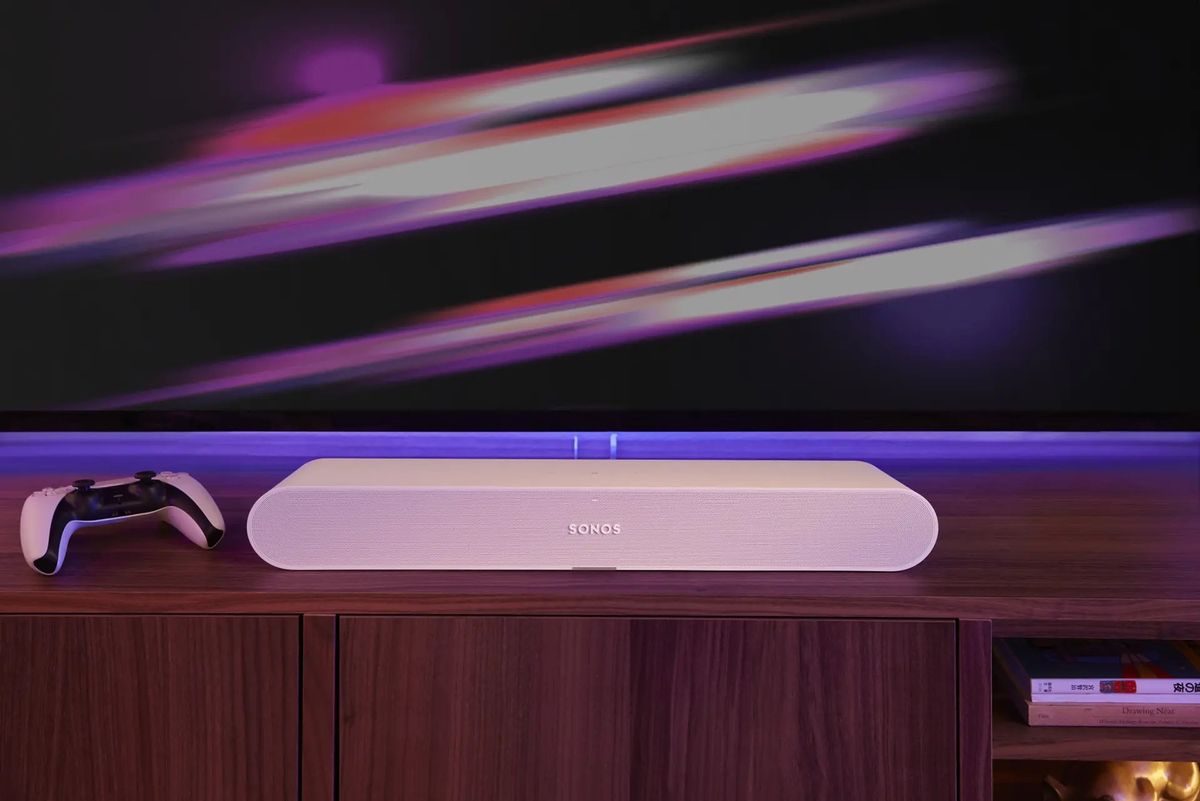 There’s nothing sweeter than the moment you turn on your new TV. Mount it on the wall, or balance it on a media unit, and when the light comes on — after briefly logging into all the many streaming services — the image starts playing.

Sadly, regular TV — even good ones — often can’t compete with it when it comes to sound. If you bought one of the best 4K TVs for the holidays, you might want to consider buying a soundbar.

Good audio is often an afterthought for TV brands, who focus on image processing and panel quality as the main markers of success. Cheap TVs can ship with 10W of tiny stereo or awkward bass, which means a dedicated audio solution can make a huge difference to the quality of sound provided.

Even a high-spec model that excels in the picture department like the LG C2 OLED can’t deliver the same experience in its speakers. The C-Series OLED draws 40W and has 3.1.2-channel speakers, but that’s still a small fraction of an extended audio setup.

Of course, some TVs are better than others in this regard. Samsung’s OTS (Object Tracking Sound) speaker array integrates multiple drivers into its high-end Neo QLED models, providing a built-in surround sound that matches the action on the screen. Generally, the more premium TV you buy, the better the built-in audio.

But most TV buyers will find that their audio can be on the thin side, and you don’t need to break the bank to fix it.

It’s hard to tell how much good audio makes a difference to the viewing experience. While it may not be that important for the 10 o’clock news, it can take a Netflix movie or nature documentary to the next level with all the audio detail a good soundbar can deliver: the creak of a floor, the tick of raindrops on leaves , the potential rumble of a distant explosion, or the cracks in someone’s voice when they’re arguing with a lover.

All of these things can be missing in a basic audio setup, depriving us of the complex sound design and rousing music that directors and composers devised for what’s on screen.

The added width and height of the multichannel soundbar also helps place the sound in its environment—an early OTS demo from Samsung showed a hail of arrows raining down on a battlefield, with the whip of air around each projectile getting sturdier , closer to the audience every moment.

But you don’t need to be a professional audiophile to get this advantage. The plug-and-play soundbar is easy to add to a home theater setup, connecting via the HDMI port and providing extra sound for soundtracks in movies, TV shows, documentaries and news.

Standard stereo actually has two channels—right and left. That’s nothing compared to the wide array of drivers you can get in a soundbar, from a smaller 3.1.2 channel setup to 7.1.2 surround sound, letting you hear all the soundtracks you could squeeze out of a movie soundtrack Treble, Bass and Midrange.

One of the great things about a soundbar is that it’s not built directly into the TV – meaning you can move it from screen to screen, from room to room, or around the house, while still having an audio kit that’s likely to last longer than TV upgrades. Just because you traded in your old LCD screen for a nice new OLED doesn’t mean you need to start over with your audio setup.

Soundbars don’t have to be limited to a single device, either. Many models come with a designated subwoofer, or the ability to connect in series to a variety of other speakers, allowing you to experience a surround sound setup around your home theater space. They can also be used outside of watching TV, usually via a Wi-Fi or Bluetooth connection to your phone, as party speakers or similar.

what a sound bar needs

Making sure your soundbar works with your TV’s specifications is crucial. It’s great to have a brand new Dolby Atmos soundbar, but you realize your TV doesn’t support Atmos passthrough—meaning your movie’s Atmos-encoded soundtrack won’t be picked up by your hardware.

Most soundbars will connect via HDMI – although usually you’ll need the HDMI ARC (Audio Return Channel) specification, which allows for easy two-way communication between the TV and the soundbar. HDMI eARC (Enhanced Audio Return Channel) takes this data transmission a step further, allowing higher quality audio to be passed from one device to another.

Some models, like the cheap Sonos Ray, use an optical digital connection port – it’s a widely used spec, but you should make sure it’s on your TV before buying anyway. Optical connections cannot carry the exact same audio payload as HDMI ARC or eARC, and do not support immersive formats such as Dolby Atmos. So if you plan to listen to Dolby Atmos or DTS:X soundtracks, you’ll need to choose one of the HDMI standards — specifically HDMI eARC — to hear them in their optimal, uncompressed state.

What soundbar should I buy?

How much you budget for a soundbar will depend on how important improved audio is to you, as a soundbar can cost as much or as little as almost any TV on the market today.

To help you make your choice, we’ve compiled the best soundbar combos we’ve seen for every budget below.