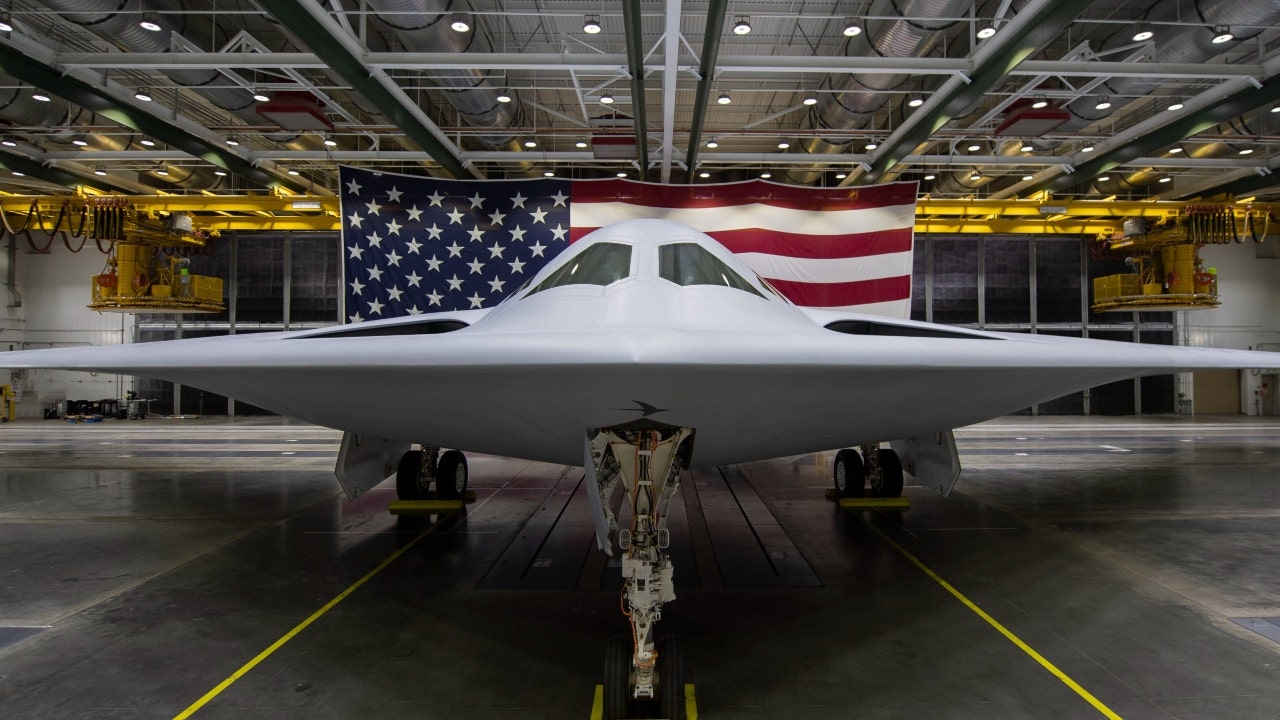 With the Air Force’s launch of a hypersonic missile off the coast of California earlier this month, the Navy’s development of a water-based drone in the summer and the recent unveiling of the B-21 Raider, the U.S. military has made significant technological advancements over the past year.

Here are some moments to remember:

The military unveiled the U.S. Air Force B-21 Raider in Palmdale, California. The B-21 Raider was the first new American bomber in more than three decades. In an email to Fox News Digital, a spokesperson confirmed that the Air Force will convert its fleet of three bombers to two, including the B-21 and the modernized B-52. The branch confirmed that the first modified B-52s are expected to enter the testing phase in late 2028.

The Pentagon has received ‘hundreds’ of UFO reports, so far no extraterrestrial origin

B-21 Raider unveiled in California
(US Air Force photo)

The Air Force successfully launched an air-to-surface hypersonic missile at more than five times the speed of sound in a test off the coast of Southern California, officials said. The test of the all-capable AGM-183A Air-Launched Rapid Response Weapon (ARRW) was the first launch of a full prototype operational missile, the Air Force said in a news release.

The United States has begun research on new weapons to help keep pace with China’s military developments and continue to deter a potential invasion of Taiwan. The Navy has identified floating drones as an affordable but effective means of delaying this challenge. Its Fifth Fleet has previously deployed small drones in Middle Eastern waters. Four of the largest drones deployed this summer will take part in multinational naval exercises in the Pacific.

The U.S. Air Force conducts an unarmed Minuteman III ICBM test in California. The operational test was launched from Space Force Base Vandenberg, California, the base confirmed on Twitter.

A missile is launched from a B-52H Stratofortress off the coast of Southern California on Dec. 9, 2022.
(Lockheed Martin Corporation)

JEEP’s new military trailer is ready for the toughest missions

The Wilder is a four-seater light armored vehicle from Israeli defense contractor Plasan, designed for use by special forces and packed with innovative features. The four-passenger pickup has a race car-like mid-engine design and is powered by a 159-horsepower 2.8-liter Cummins turbodiesel.

The Army test-fired the Javelin anti-tank missile at an exhibition in Fort Hood, Texas, to demonstrate technological advances in its combat capabilities. Soldiers fired javelins and .50-caliber machine guns from seven-ton robotic vehicles in a series of weapons drills and maneuvers. The demonstration, which included 12 robotic platforms and six control vehicles, was the culmination of four years of activity, according to an official at the show.

Soldiers of the 2nd Stryker Brigade Combat Team fire a Javelin missile toward a target during a live-fire training exercise in Fort Carson, Colorado, April 28, 2022.
((Photo by Michael Siaglo/Getty Images))

You may not have heard that Oshkosh Defense’s newest military vehicle is coming, but it’s hard to miss. The eJLTV uses a diesel hybrid system. The eJLTV is a hybrid version of the defense giant’s hulking Joint Light Tactical Vehicle, about 15,000 of which are currently in service with the U.S. Army and U.S. Marine Corps.

The Humvee has rejoined the U.S. Army. The military industry department purchased a GMC Hummer EV pickup truck for evaluation. That car will be the top-of-the-line Hummer EV Edition 1, with a sticker price of $112,595.