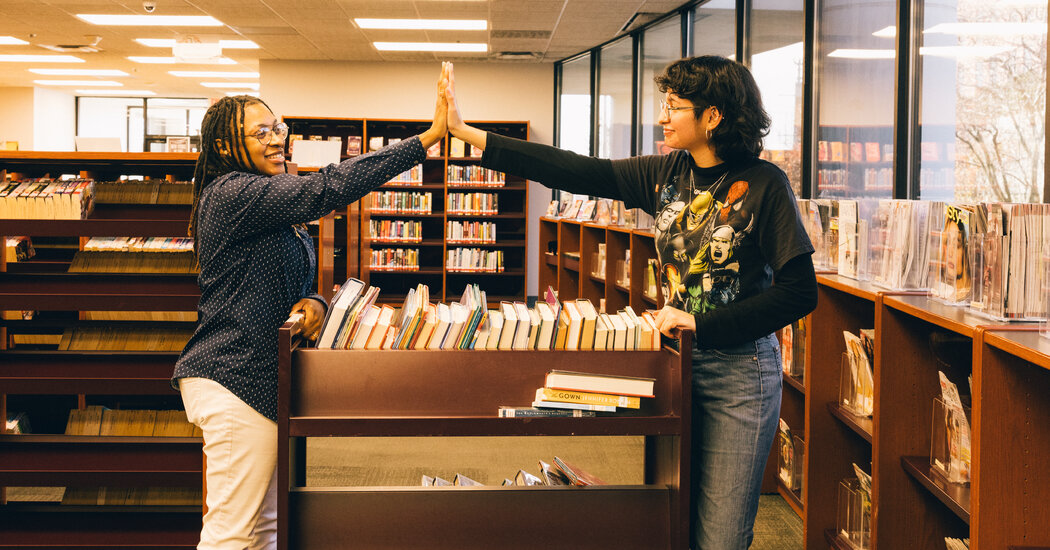 “Our job is to select, acquire, describe, provide and disseminate preserved knowledge,” Drabinski added. “That’s the whole project. So as technology changes the way things move, we change with it.”

Librarians can also use TikTok to spread credible information on a platform rife with manipulated content. “This is a space that requires critical information literacy,” said Jessie Loyer, an academic librarian in Calgary, Alberta, who posts on TikTok on topics such as digital sovereignty and repatriation @IndigenousLibrarian.

“Librarians have always been about helping people figure out what’s real and what’s relevant,” Loyer added. As such, she said, TikTok is “a necessary space and a useful tool.”

Not everyone is on board with the idea of ​​librarians posting on TikTok. Vickers said some librarians and boards have found some TikTok accounts to be unprofessional. Some librarians are ambivalent about encouraging young people to use the platform. Elizabeth Miller, 22, a youth services librarian at the Rehoboth Beach, Delaware, public library, said that while TikTok has the power to help people make friends and explore hobbies potential, but the app isn’t always a healthy environment for teens.

But others, including librarians at the Kankakee Public Library, found that TikTok also allowed them to engage with the community in person. Libraries often partner with local figures, including mayors. “He’s always happy to do it,” said Greer, who helped create the video. The library plans to make TikToks next year at local high schools with cheerleading and drama clubs.

“We might not have them as readers this year or next,” said her colleague Mary Bass, 30, assistant director and head of youth services at Kankakee Libraries. “But as they grow up, they’ll know we’re here.”