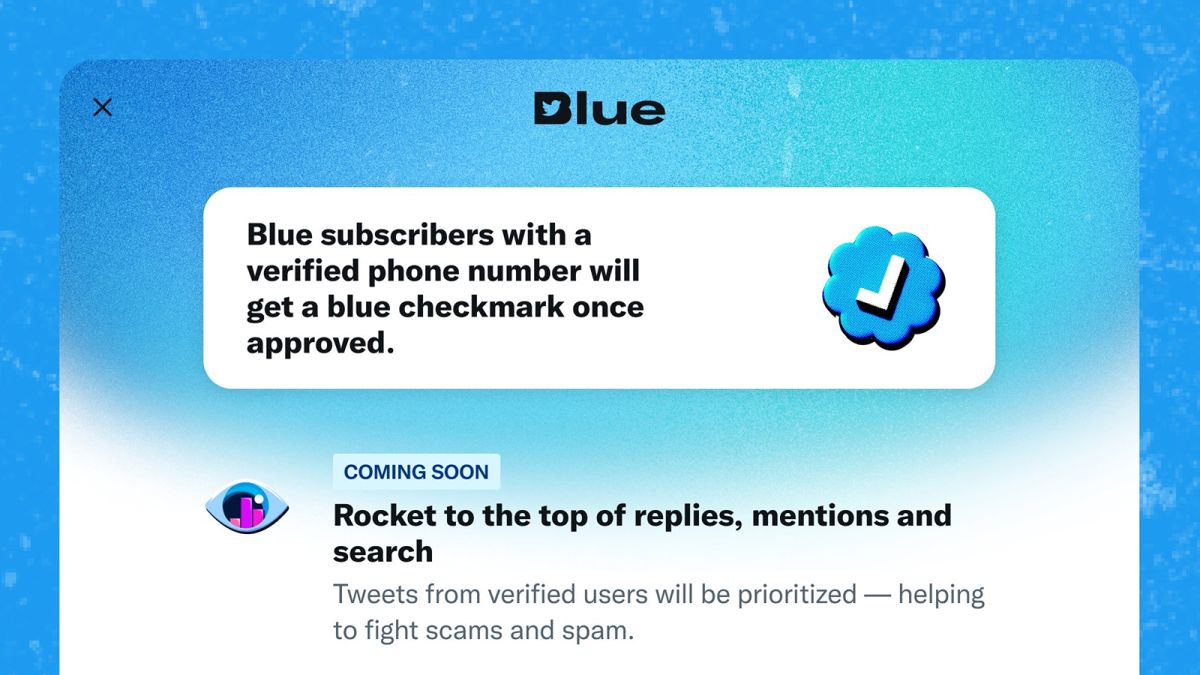 Twitter has had a somewhat tumultuous time since Elon Musk took over at the end of October, with much focus on controversial changes to Twitter’s Blue subscription plan. Now Twitter has announced that the program will be restarted on Monday.

in a tweet its official account (opens in a new tab), Twitter confirmed that the cost of Twitter Blue will remain the same at $8 per month, but can go up to $11 per month if you sign up through iOS (including Apple’s App Store tax). International pricing for iOS bump is yet to be confirmed, but the plan currently costs £7 per month in the UK and AU$7 per month in Australia.

One of the most talked about changes to Twitter Blue is that verification will be baked into it. The new announcement says that Blue users with verified phone numbers will get a blue tick once their account is approved, so it sounds like some kind of manual check is going on as well.

We’re relaunching @TwitterBlue on Monday – Subscribe for $8/mo on the web or $11/mo on iOS to access subscriber-only features, including the blue checkmark 🧵 pic.twitter.com/DvvsLoSO50December 10, 2022

what do you get

Twitter also said tweets from Blue subscribers will be prioritized in replies, mentions and searches. Those who pay the monthly fee will also see fewer ads, be able to post longer videos, and get early access to new features as they test them out.

Other Twitter features exclusive to Blue subscribers include editing tweets, posting videos in 1080p quality, and access to Reader Mode, which makes tweets and threads easier to parse on-screen.

Meanwhile, the “official” label appearing on some accounts will change to a gold checkmark for businesses and a gray checkmark for government and “multilateral” accounts. It’s unclear what will happen to individual users who were previously verified under the old system.

As the head of SpaceX, Tesla, and now Twitter, Elon Musk certainly disagrees — but there’s no question he likes rapid change and innovation. Over the past few months, we’ve seen various tests and tweaks on Twitter.

When it comes to Twitter Blue and the verification process, it could be argued that Musk moved too quickly. While Twitter Blue had been available before his arrival, offering subscribers the blue badge while also raising the price for those who signed up via iPhone or iPad made it even more confusing and controversial.

It makes sense to have extra features — Twitter needs revenue, after all — but verification should have been a way of confirming identity and trustworthiness on Twitter in the first place. Now, anyone who can afford it can buy it, undercutting the appeal of having that blue check mark.

We’ll have to wait and see how these changes affect the social network and whether Musk’s grand plans for Twitter 2.0 become a reality. No doubt there are many more products in the pipeline as the platform continues to grow.