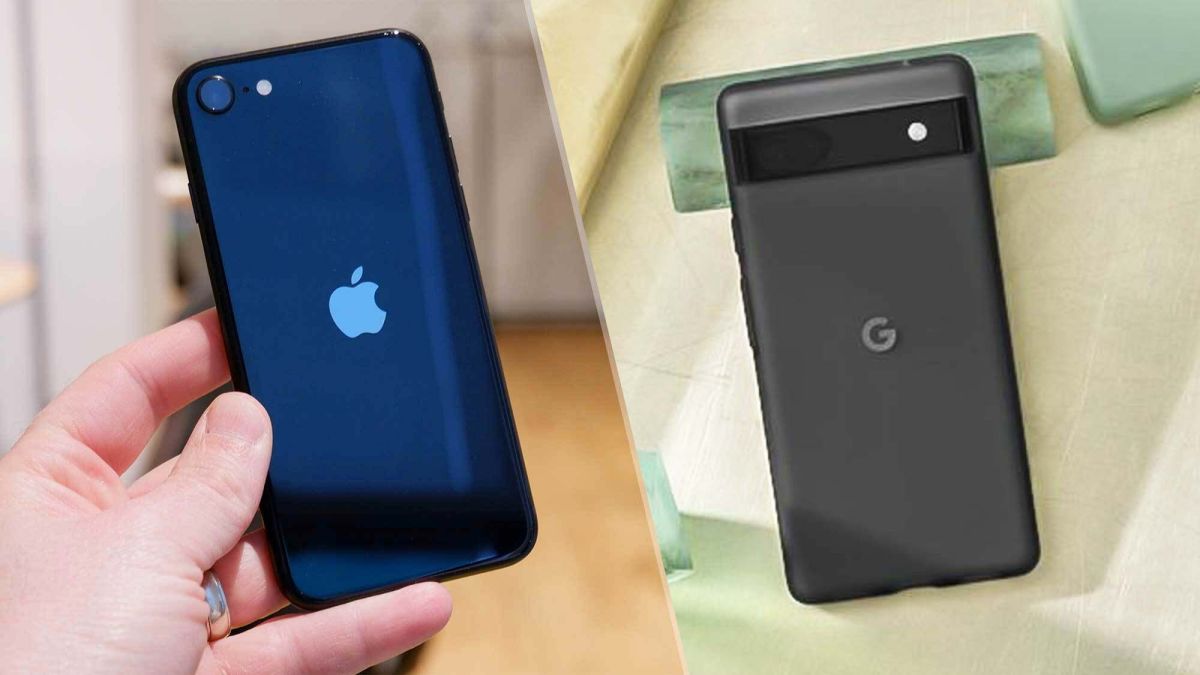 Even after the Google Pixel 6a was outlined at this month’s Google I/O event, we didn’t fully understand the upcoming budget phone. Some of the biggest lingering questions — like battery life, camera performance and how the device will benefit from its new Tensor processor — will remain unknown until the Pixel 6a ships in late July.

But what Google told us about the Pixel 6a gave us a pretty clear idea of ​​what the company thinks a budget phone should do. This is in stark contrast to Apple’s approach with its own budget device, the iPhone SE (2022).

It’s only natural to compare Google’s Pixel A-series devices to the iPhone SE. Phones like the Pixel 6a and iPhone SE (2022) cost about the same and compete for the same audience, even with Android-iOS differences. Not only do these phones traditionally compete to be rated the cheapest, but they’re also often among the best-priced camera phones. For the current iPhone SE and the upcoming Pixel 6a, the two phones will launch within a few months.

In other words, the Pixel 6a and the iPhone SE have a lot in common—until you realize they’re vastly different.

Our Google Pixel 6a vs iPhone SE (2022) showdown explores the biggest similarities and differences between the two phones, but before we dive into how Google and Apple approach things differently, it’s worthwhile Summarize these similarities.

With Google switching to the Tensor chip that powers the Pixel 6a’s Pixel 6 phones, both budget phones can claim to use the same chip as their pricier flagship siblings. That’s been the calling card of the iPhone SE since the first version launched in 2016 — it’s powered by the same chipset as the flagship iPhone launched a few months ago. In the case of the current SE, that’s the A15 Bionic chipset found in all four iPhone 13 models.

You’ll also get the latest software for either phone — Android 12 for the Pixel 6a, iOS 15 for the iPhone SE — and it’s reasonable to expect that your phone will stay up-to-date for the foreseeable future. Apple is much better at this, but Pixel 6a users will likely continue to receive Android updates until 2025.

The biggest differences between Pixel 6a and iPhone SE (2022)

In order to get such a low price, you end up making trade-offs. This is where Google and Apple’s different attitudes toward budget phones become very apparent.

Apple has included wireless charging in the new iPhone SE (though MagSafe compatibility is reserved for the iPhone 12 and iPhone 13 series). You don’t get that on the Pixel 6a, which sticks with wired charging (and 18W charging). No matter what other sacrifices Apple thinks people are willing to make for a cheaper phone, battery and charging aren’t on the list.

But don’t get me wrong, to get the $429 iPhone SE price, you have to make some sacrifices. Far more people use an iPhone than a Pixel 6a.

Start with storage. The iPhone’s $429 price only buys you 64GB of storage, with no way to upgrade it afterwards with an expansion card. The Pixel 6a has a 128GB option—to get that much storage in the iPhone SE (2022), you’ll pay $479, or $30 more than what Google charges.

The Pixel 6a also takes the look of the Pixel 6, right down to the horizontal camera bar. Phones may feel different — we’ll need to get our hands on the Pixel 6a to confirm — but there’s a continuity between Google phones that Apple’s lineup lacks.

The iPhone SE (2022) is the only current iPhone with thick bezels at the top and bottom of the screen – it looks like it’s 2017. The rest of the iPhones in Apple’s current lineup have notch sizes of different sizes, and once the iPhone 14 Pro arrives this fall, we may see our first full-screen iPhone. Say what you think about Apple’s approach to phone design, but don’t mistake the iPhone SE for any other model.

It’s the cameras, and you’ll find the biggest difference, and it’s not just because Apple is sticking with a single rear lens on the iPhone SE even after Google included wide-angle and ultra-wide-angle cameras on its budget models. Apple’s computational photography, powered by the A15 Bionic, makes up for the extra rear camera.

But there’s one thing the iPhone SE can’t match — the Google phone’s ability to take great photos in low light. Like its predecessor, the iPhone SE (2022) doesn’t support Night Mode, which really makes a difference when we pit the phone against the Pixel 5a in a photo shootout. (We’ll have to wait and see how the Pixel 6a performs, but we have no reason to believe the iPhone’s night photos will be better.)

There’s no technical reason why the iPhone SE doesn’t offer Night Mode, so we can assume Apple is ruling it out because the company decided customers should pay for one of its features. It’s for this reason that my colleague Mark Spoonauer thinks the Pixel 6a will beat the iPhone SE once we get a chance to compare the two phones.

I think the iPhone SE will sell well – people love their iPhones, and the SE is still a great option if you’re looking for a bargain. But it also seems clear that Apple wants to make a clear distinction between its budget phones and flagship phones in a way that Google makes less fuss.

You could even see this happening with the iPhone 14, based on the rumors we’ve heard so far about the upcoming phone. The more expensive Pro model is expected to get more significant improvements, perhaps to justify its higher price. The iPhone 14 and iPhone 14 Max should see their enhancements, but only to a certain extent.

If that’s the philosophy that guides Apple, you can easily see it expand to the iPhone SE and what features the company decides to include. You can have a low-cost phone or night mode, Apple seems to have decided, but you can’t have both.

Google finds itself different from Apple, which together with Samsung dominates the smartphone market. By contrast, Google finds itself neck and neck with the Motorola and OnePlus phones of the world, trying to make its phones stand out. If you offer a cheap phone like the Pixel 6a with some overlap in functionality with its flagship, who cares as long as more people are willing to buy your device?

So both phone makers have reasons for their decision to support or not support features on budget phones. The key for shoppers like you and me is to recognize what trade-offs we’re being asked to make for a lower price tag, as this can help clarify whether the Pixel 6a or iPhone SE (2022) is the better phone for us special needs.